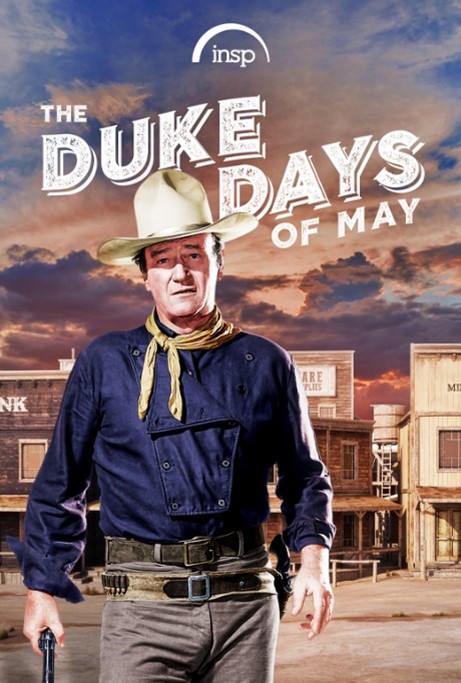 (Indian Land, SC – March 22, 2021) General entertainment television network INSP, the leader in Western and Western-adjacent programming, announced today the return of its annual fan-favorite programming event The Duke Days of May, a month long celebration of the iconic Western movies featuring John Wayne, aka “The Duke.” This year’s movie marathon will feature familiar titles as well as the network premieres of Blood Alley, Sands of Iwo Jima and The Fighting Seabees. The announcement comes from Doug Butts, SVP of Programming for INSP.

“At INSP, we spotlight stories that exemplify integrity, valor, and justice, which are synonymous with the heroes portrayed throughout these beloved films,” said Butts. “Viewers continue to be captivated by the iconic characters and timeless storylines. Now entering its seventh year, Duke Days has become one of our network’s most successful and beloved events, demonstrating ratings growth year after year.”

Tune in to INSP to watch The Duke Days of May event every Friday, Saturday and Sunday in May beginning Friday, April 30th at 8PM ET. To find out where to watch in your area, click here.