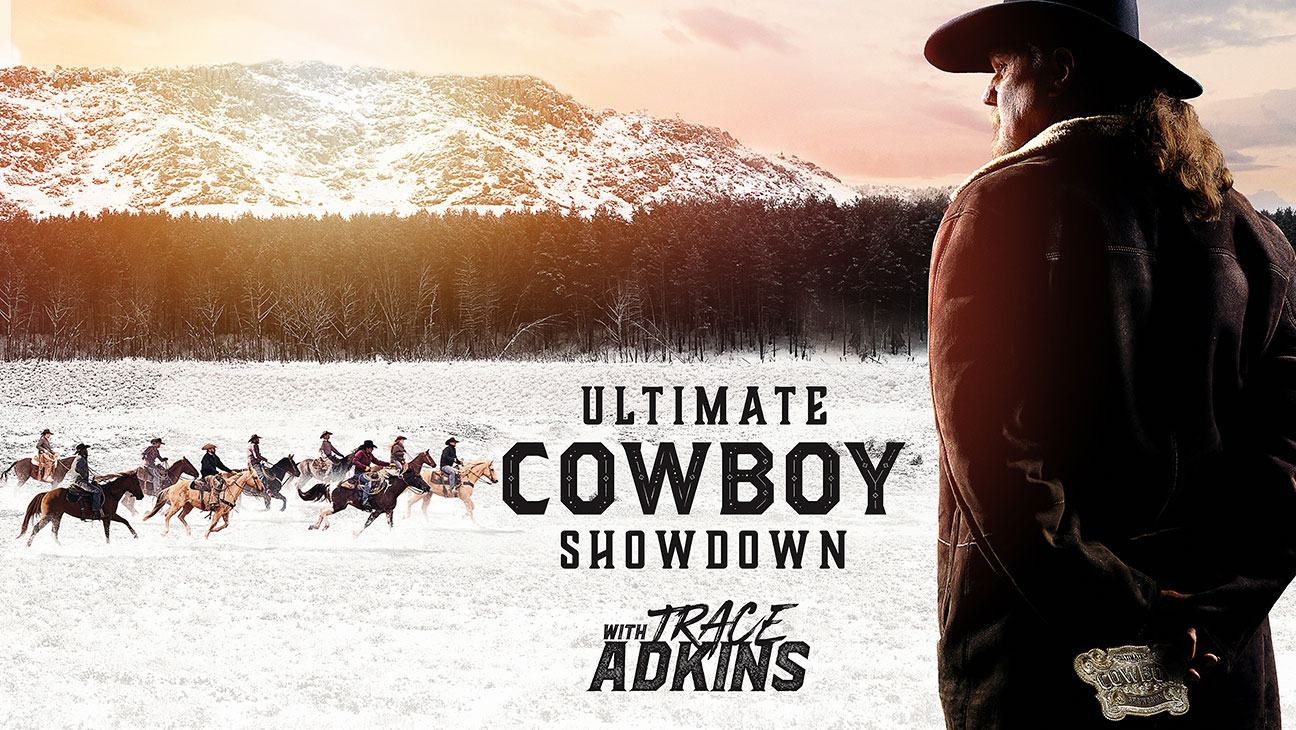 (Indian Land, SC – May 2, 2019) General-entertainment network INSP, the leader in Western & Western adjacent-themed programming, today announced it has greenlit Ultimate Cowboy Showdown, a reality competition series designed to determine the ultimate modern day cowboy.  The series, which will air as a 6-night event, will be hosted by country music icon, Trace Adkins. The announcement was made by Craig Miller, VP of Original Programming & Development for INSP.

“We believe Ultimate Cowboy Showdown will appeal to a wide variety of viewers, including those who enjoy classic Western programming, those who idolize the modern day cowboy way of life, and those who love high energy/action-based competition shows,” said Miller.  “To be the ‘ultimate cowboy,’ the winner will be required to pass a challenging array of tests, and display the highest level of grit, toughness, and courage demanded of cowboys in every era. We believe this will be highly entertaining, with edge-of-the-seat drama that will amaze audiences.”

He continued, “We are also thrilled to have Trace Adkins on the project. Although best known as a mega Country Music superstar (who has sold more than 11 million albums), Trace is also a ranch owner and someone who has a deep appreciation for cowboys, and the skills they must master.”

Trace Adkins said “I am beyond excited to team up with the folks at INSP and Glassman Media to host ‘Ultimate Cowboy Showdown!’ I’m equally pleased that the show will put a spotlight on some of the most authentic and hardworking cowboys from across the country. This should be a fun ride!”

In Ultimate Cowboy Showdown, 12 cowboys (men and women) from across the country will compete for the ultimate cowboy prize – a herd of cattle worth more than $50,000. Over the course of six nights, contestants will undergo a series of grueling physical and mental challenges that will test them individually and as teams. And to make it interesting, competitors will compete in exercises that will surely take them out of their comfort zones.  The last cowboy standing will walk away with a prize package that includes the herd, the coveted “Ultimate Cowboy Showdown” belt-buckle, and a lifetime of bragging rights.

Ultimate Cowboy Showdown, will be a 6-night event that will air exclusively on INSP this fall.  The series is produced for INSP by Glassman Media.

Towering baritone Trace Adkins has sold more than 11 million albums and charted more than 20 singles in his 25 years in Nashville, a remarkable run for one of country music’s most easily identifiable stars. With over one billion spins on Pandora (10 million per month), one million followers on Spotify and nearly 200 million plays on YouTube, the Louisiana native is back in the studio after releasing his 12th studio album, Something’s Going On, on BBR Music Group/Wheelhouse Records in 2017. A three-time GRAMMY Award nominee, Adkins has won three Academy of Country Music Awards, including the 2009 Single of the Year Award for “You’re Gonna Miss This” and Vocal Event of the Year with Blake Shelton for “Hillbilly Bone” in 2010. The Grand Ole Opry member is also an author and spokesman for the Wounded Warrior Project and The American Red Cross, for whom he raised more than $1.5 million dollars as winner of NBC’s All-Star Celebrity Apprentice. In recent years, Adkins has performed for our service members across 12 USO Tours. In his 2007 autobiography, A Personal Stand: Observations and Opinions from a Freethinking Roughneck, Adkins recounted his rise to fame, brushes with death, and battles with personal demons. Adkins has also acted in multiple films and television shows, playing a tough-as-nails biker in "The Lincoln Lawyer" (starring Matthew McConaughey), a desperate father in "Deepwater Horizon" (starring Mark Wahlberg) and a wise oracle of a tattoo artist in the family friendly film "Moms' Night Out" (starring Patricia Heaton, Sean Astin, Sarah Drew). His most recent role was that of MercyMe’s real-life manager, Brickell, in the box office smash “I Can Only Imagine.” The film was the third biggest selling movie on its opening weekend in America. For tour dates and more information, visit www.traceadkins.com or on Twitter, Facebook and Instagram @TraceAdkins.