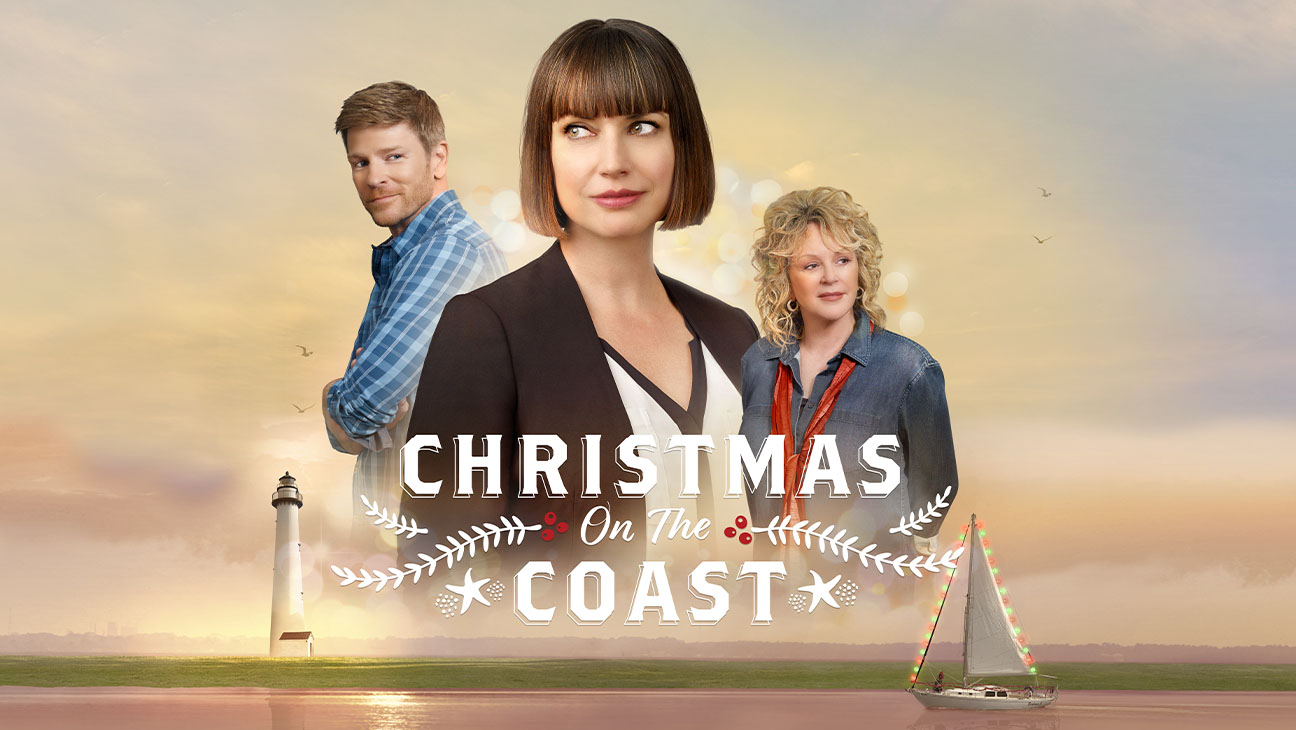 The latest movie produced by INSP Films will make its debut on INSP on Sunday, November 25th at 8:00PM ET

“Nothing marks the holiday season better than watching a wonderfully produced Christmas movie,” said Butts.  “Christmas on the Coast is a fun movie for all ages, so INSP plans to air it twice this Christmas season, beginning on the Sunday following Thanksgiving. This film celebrates family and community; and reminds us that forgiveness is always possible whenever unconditional love and support are present.  This new feature delivers solid performances by an all-star cast and their chemistry is undeniable.”

In the tradition of “You’ve Got Mail” and “Sweet Home Alabama,” Christmas on the Coast tells the story of tough and cynical New York celebrity novelist Drucinda “Dru” Cassadine (Emery), who is famous for romance stories but is desperate after a string of flops. With her publisher about to drop her, she has just weeks to turn out a best seller. To spark her creativity, Dru retreats to her childhood home on the ocean for the holidays. As the coastal town prepares for Christmas, Dru struggles to write while a flood of emotions come over her. When handsome local widower Brysen Flynn enters her life, raw fiction turns to real romance on the Southern shore…with an unexpected twist no one saw coming.

Christmas on the Coast is produced by INSP Films and distributed by Imagicomm Entertainment.  Gary Wheeler (War Room, The Trial, Christmas in the Smokies) and Jason White (Christmas in the Smokies, Heritage Falls, County Line) serve as producers.  The movie has been licensed to general entertainment television network INSP for the network premiere on Sunday, November 25th at 8PM ET.  For additional information, visit https://christmasonthecoastmovie.com/.